Hey friends! We've got another debut waiting to hop into the hands of five lucky participants in the 2013 Debut Author Challenge!

If you're taking part in the 2013 Debut Author Challenge hosted by Hobbitsies, here's your chance to read JUMPED IN by Patrick Flores-Scott.

Sam has the rules of slackerhood down: Don’t be late to class. Don’t ever look the teacher in the eye. Develop your blank stare. Since his mom left, he has become an expert in the art of slacking, especially since no one at his new school gets his intense passion for the music of the Pacific Northwest—Nirvana, Hole, Sleater-Kinney. Then his English teacher begins a slam poetry unit and Sam gets paired up with the daunting, scarred, clearly-a-gang-member Luis, who happens to sit next to him in every one of his classes. Slacking is no longer an option—Luis will destroy him. Told in Sam’s raw voice and interspersed with vivid poems, Jumped In by Patrick Flores-Scott is a stunning debut novel about differences, friendship, loss, and the power of words.

Posted by Lisa Schensted at 11:40 PM No comments:

Hey friends! We've got another debut waiting to hop into the hands of five lucky participants in the 2013 Debut Author Challenge!

If you're taking part in the 2013 Debut Author Challenge hosted by Hobbitsies, here's your chance to read TUMBLE & FALL by Alexandra Couts. 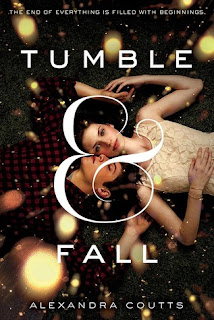 A novel about the end of days full of surprising beginnings  The world is living in the shadow of oncoming disaster. An asteroid is set to strike the earth in just one week’s time; catastrophe is unavoidable. The question isn’t how to save the world—the question is, what to do with the time that's left? Against this stark backdrop, three island teens wrestle with intertwining stories of love, friendship and family—all with the ultimate stakes at hand.  Alexandra Coutts's TUMBLE & FALL is a powerful story of courage, love, and hope at the end of the world.

Posted by Lisa Schensted at 11:37 PM No comments:

Hello fellow book nerds and generally awesome people! We've got another debut waiting to hop into the hands of five lucky participants in the 2013 Debut Author Challenge!

If you're taking part in the 2013 Debut Author Challenge hosted by Hobbitsies, here's your chance to read CANARY by Rachele Alpine!

Staying quiet will destroy her, but speaking up will destroy everyone.
Kate Franklin’s life changes for the better when her dad lands a job at Beacon Prep, an elite private school with one of the best basketball teams in the state. She begins to date a player on the team and quickly gets caught up in a world of idolatry and entitlement, learning that there are perks to being an athlete.
But those perks also come with a price. Another player takes his power too far and Kate is assaulted at a party. Although she knows she should speak out, her dad’s vehemently against it and so, like a canary sent into a mine to test toxicity levels and protect miners, Kate alone breathes the poisonous secrets to protect her dad and the team. The world that Kate was once welcomed into is now her worst enemy, and she must decide whether to stay silent or expose the corruption, destroying her father’s career and bringing down a town’s heroes.
Canary is told in a mix of prose and verse.

Hello fellow book nerds and generally awesome people! We've got another debut waiting to hop into the hands of five lucky participants in the 2013 Debut Author Challenge!

If you're taking part in the 2013 Debut Author Challenge hosted by Hobbitsies, here's your chance to read RUSH by Eve Silver! 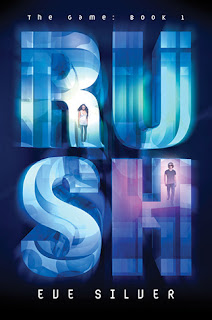 So what’s the game now? This, or the life I used to know?When Miki Jones is pulled from her life, pulled through time and space into some kind of game—her carefully controlled life spirals into chaos. In the game, she and a team of other teens are sent on missions to eliminate the Drau, terrifying and beautiful alien creatures. There are no practice runs, no training, and no way out. Miki has only the guidance of secretive but maddeningly attractive team leader Jackson Tate, who says the game isn’t really a game, that what Miki and her new teammates do now determines their survival, and the survival of every other person on this planet. She laughs. He doesn’t. And then the game takes a deadly and terrifying turn. 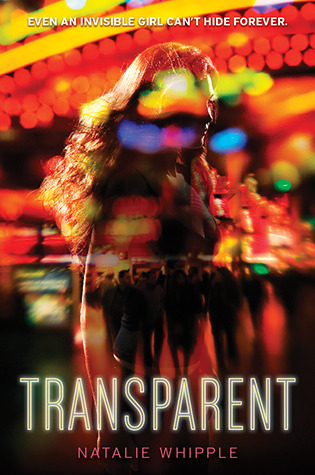 An invisible girl is a priceless weapon. Fiona’s own father has been forcing her to do his dirty work for years—everything from spying on people to stealing cars to breaking into bank vaults.

After sixteen years, Fiona’s had enough. She and her mother flee to a small town, and for the first time in her life, Fiona feels like a normal life is within reach. But Fiona’s father isn’t giving up that easily.

Of course, he should know better than anyone: never underestimate an invisible girl.

This tour is now closed!

I looked down at the paper, still touching the tip of my shoe. I reached for it, flipping the page over to look.

Scrawls of ink outlined a drawing of a girl lying on a bench.

A sick feeling started to twist in my stomach, like motion sickness.

And then the girl in the drawing turned her head, and her inky eyes glared straight into mine.

On the heels of a family tragedy, the last thing Katie Greene wants to do is move halfway across the world. Stuck with her aunt in Shizuoka, Japan, Katie feels lost. Alone. She doesn’t know the language, she can barely hold a pair of chopsticks, and she can’t seem to get the hang of taking her shoes off whenever she enters a building.

Then there’s gorgeous but aloof Tomohiro, star of the school’s kendo team. How did he really get the scar on his arm? Katie isn’t prepared for the answer. But when she sees the things he draws start moving, there’s no denying the truth: Tomo has a connection to the ancient gods of Japan, and being near Katie is causing his abilities to spiral out of control. If the wrong people notice, they'll both be targets.

Katie never wanted to move to Japan—now she may not make it out of the country alive.

This tour is now closed!
Posted by Unknown at 12:33 AM No comments: 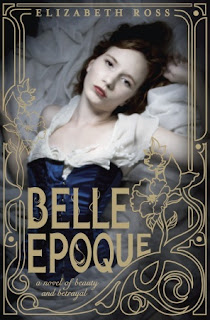 When Maude Pichon runs away from provincial Brittany to Paris, her romantic dreams vanish as quickly as her savings. Desperate for work, she answers an unusual ad. The Durandeau Agency provides its clients with a unique service—the beauty foil. Hire a plain friend and become instantly more attractive. Monsieur Durandeau has made a fortune from wealthy socialites, and when the Countess Dubern needs a companion for her headstrong daughter, Isabelle, Maude is deemed the perfect foil.But Isabelle has no idea her new "friend" is the hired help, and Maude's very existence among the aristocracy hinges on her keeping the truth a secret. Yet the more she learns about Isabelle, the more her loyalty is tested. And the longer her deception continues, the more she has to lose.

Posted by Lisa Schensted at 8:34 PM No comments: 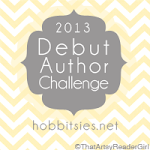